For the name of the ithaca have expressed various versions. According to Greek mythology took its name from Ithakos, son of Poseidon and the Amphiali, first inhabitant of the island.

In accordance with other options name came from the word “Ith (means: Happy) or by the word “Ithis” (jerky). The name Ithaca has remained unchanged since ancient times, but during periods referred to by other names such as Nirikii in the 7th century BC, “Valley of the best man”, “Koumberea”, “Small Kefalonia”, “Andikefalonia” during the period of the Middle Ages until the beginning of the Venetians, “Ithraki Isle”, “Thrakonisos”, “Thiakou”, “Thakou” during the Byzantine period, “Τeaki” the Venetian period and Thiaki after the Venetian by Ithacan sailors. During the Neolithic period (4000 – 3000 BC), there are no verified information for the first inhabitants.

The period of the first hellenic culture (3000 – 2000 BC) have been found traces as the walls in the Settlement Pilikata and findings in the cave of Loizos in Polis. In the The first mycenaean period (2000 – 1500 BC) inhabited the whole island and the Mycenaean period (1500 – 1000 BC), Ithaca reaches the highest point edge, as evidenced by the many archaeological findings from the excavations of 19th and 20th century. The Kingdom of Ithaca includes the surrounding islands as well as part of mainland Greece. The inhabitants of the island, is ranked sailors, reaching beyond the Mediterranean. In 1000, for example, the decline of Ithaca. Dories neglect because it is not fertile. But populated and cultivated, especially in the northern part of the island. In the 8th century bc begins in the interest of the contractors for the Ithaca.

During the period of the Roman domination (180E.G. – 394TH A.D.), Ithaca was the province of Hiliri, while in the Byzantine period (394 AD. – 1185AD) established the Christian religion and built the city of Jerusalem, which over time needless (located in the Anna Komnene in Alexiada). In 1086 the island accept successive invasions from Vandals, Goth  and Saracens. In 1185 occupied by the Normans and follow for about 300 years the Medieval period. 1200 The Normand pitare Margatitus grant Ithaca and the surrounding islands in the Horcini family of Rome, which retains the power to force of arms and the cooperation of the pirates, for half a century. In 1357 the county granted by King Ricjard Naples the Leonard. Interest until 1479 where the Turks occupied successively the Lefkada, Kefalonia and Zakynthos and Ithaca killing and pillage and leave with many prisoners. Ithaca is devastating as well as many of their inhabitants who survived the drop. The 1499 starts the Venetian-Turkish war and Ithaca with the surrounding islands lay siegeι from the Allied fleet Venetian and Spain.

The Treaty of 1503 Ithaca, the Kefalonia and Zakynthos accrue to the Venetians and Lefkada to the Turks. The Venetians offer land and exemption from taxes for five years to residents to remain on the island but to attract and residents than the nearest areas.

Consolidate the sovereignty of the Venetian rule and capital of the island is deep.

The 1563 placed Kefalonian commander, at the request of the Kephalonian people, they considered that the Ithaca colony. The government authoritarianism makes residents to protest continued until 1697 the Venetians grant the administration of Ithaca in two Ithacan. The population of Ithaca has been steadily increasing and the 17th century exceeds 10,000. The economy flourishes on the island with the systematic cultivation of land, with main exportable product on the raisins.

At the same time be treated dynamically piracy with the ship, which from 1670 belonging to Ithacans, who lay the foundations for the recognition of the island, as an important naval force. In the late 18th century commercial fleet of the ithaca lists 50 large ships and the Ithacans gain the reputation excellent seamen. The revolution of the Horloph, many of the fleet was Ithacans which had taken place with their own vessels, as well as the against invasions of 1684, 1769 and 1790. Feature is that the brilliant Katsonis chose Ithaca for the office and created with the personal and economic participation of Ithacans powerful fleet, paving the way for the Greek revolution against the Turks. The Ithaca during the period of Venetian rulers can be considered quasi-island. As it was also the only island in which there were no elite, nor class differences.

With the prevalence of French Revolution the Ionian Islands vested in French. Are divided into administrative and created the law Ithaca and Kefalonia Lefkada and regions of mainland Greece. At the end of 1798 French successive smoothly the Russians and Turks (1798 – 1807) and established the Ionian State with the capital of Corfu. The power exercised by a 14-member Senate in which Ithaca participate with a dealer. The 1807 and 1809 Ithaca and the Ionian Islands are restored in the possession of the French.

In 1809 the English gain with siege of the Ionian Islands and the island of Ithaca. It is recommended the state “United States of the Ionian Islands”. The Ionian Parliament Ithaca is represented by an elected member. During the period of the Greek Revolution against the Turks, many fighters and civilian population from Central Greece, find shelter in Ithaca. Several Ithacans participate in the army and the fleet, while twenty-seven Ithacans referred to between the founder members of the Friendly Company. Many foreign historians show interest in the island and initially selected by the crown Guilford, as the seat of the Ionian Academy. But the political controversy and interests, require the establishment of in Corfu in 1823. The last years of English domination in the Ionian Parliament three parties. The Reform, which supported the British, the moderate and radical who sought the union with Greece. Finally, in 1864, the Ithaca Joins Greece.

From the book the Ithacan writer Andrew L. Anagnostatos HISTORIC AND FOLKLORE OF ITHACA 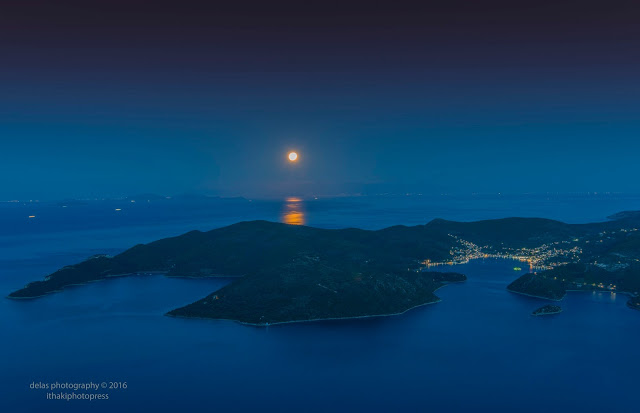 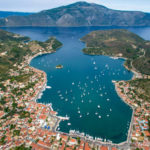