In the village of Anogi are scattered huge boulders called ‘menhir’. The Araklis, is the greatest and periergoteros these oddly shaped stone tumors. This huge monolith that lies just below the village houses tall and 9m superimposed on wider rock that forms the podium. The shape is approximately tapered to its surfaces, the eastern and western pressurized. Erosional grooves observed in the rock, especially in the northern area and upwards ending in a sharp tip. Shows no such regularity that the curious rock that at first glance one thinks that it is artificially treated stone on the obelisk, manufactured by human hands and not on bedrock, which was at that peculiar form of aposathrosi.Allos remarkable boulder he is called Kavellaris (because they look like a rider). 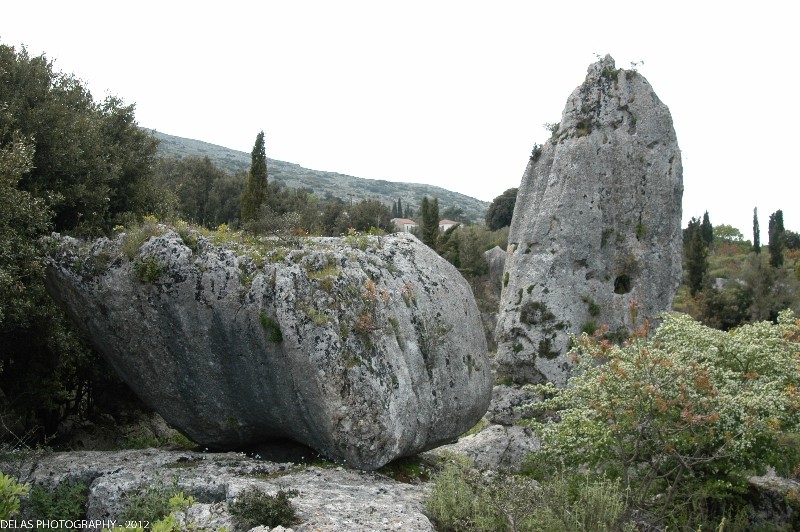 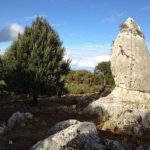 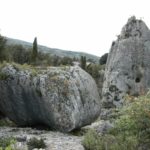