There are two versions about its identity. It may be the city of Alalkomenes or “Ithaca State” of Aristotle. The site has been excavated several times since the 19th century at least. Remains of dwellings, graves and temples, show a significant extent settlement approximately 400 acres. In the Eagle hill lies the ancient Acropolis, the city of Alalkomenes. Probably it is the city of the post-Odyssean era. Since the position is the church of St. George, there is an uphill path leads the visitor to the top of the hill (height 380 m.) Where the ruins of the Acropolis are preserved. Ancient coins with the heads of Odysseus and Athena were found here and out in Vathi Museum. 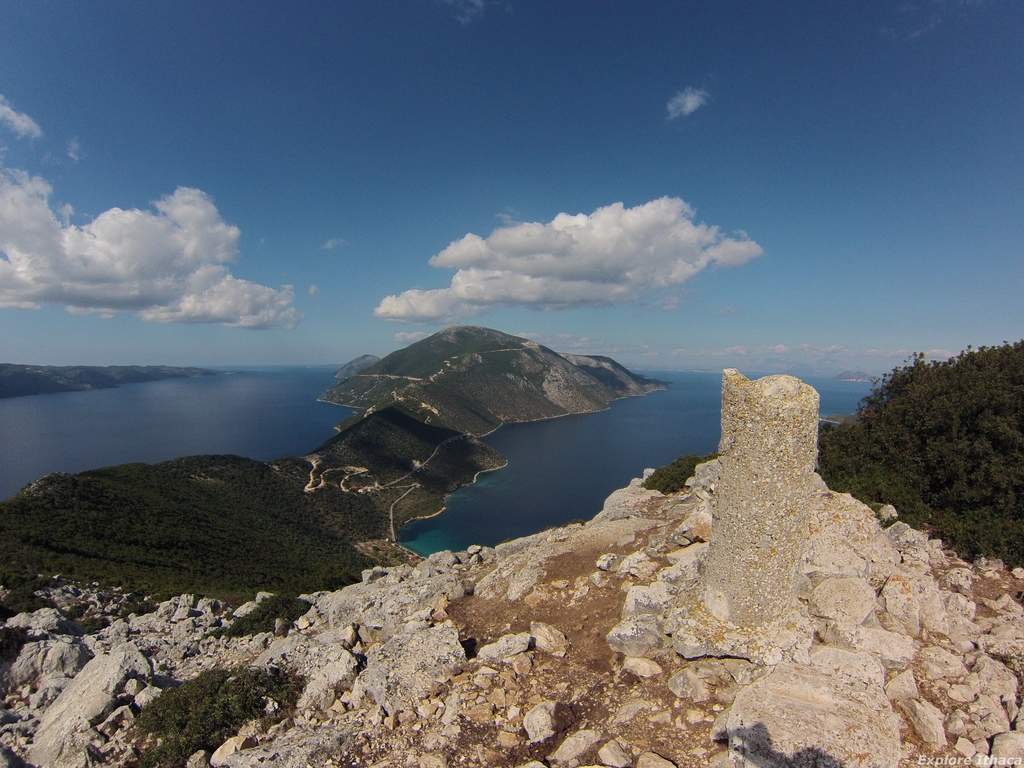 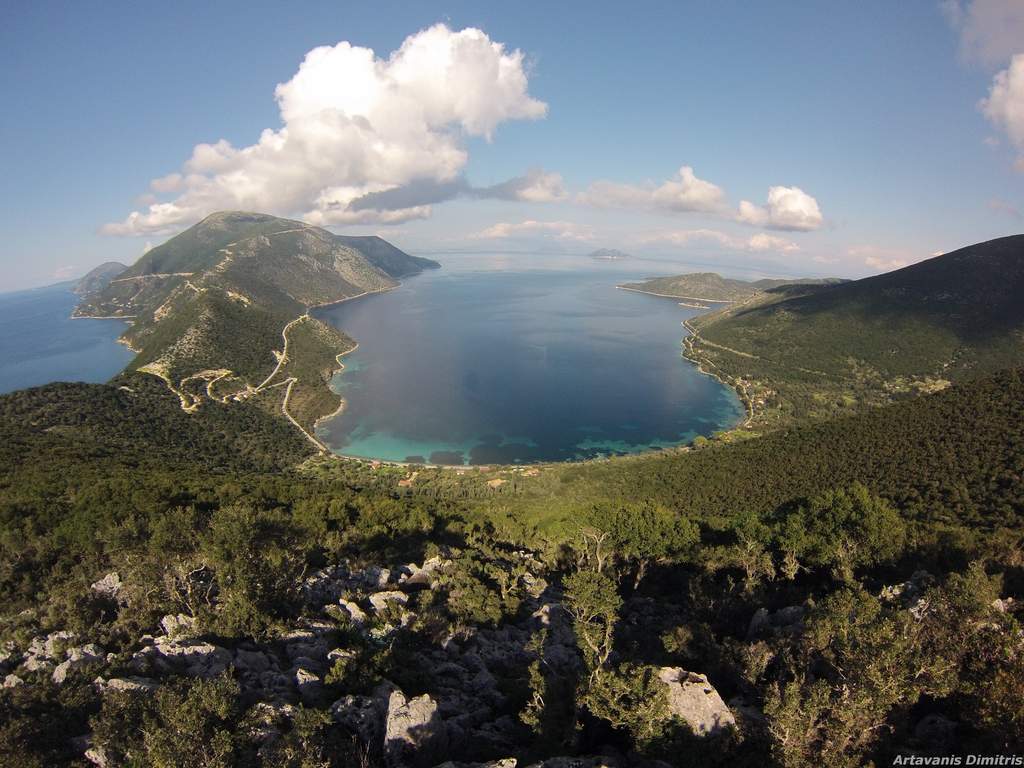 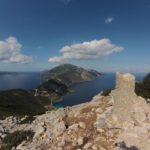 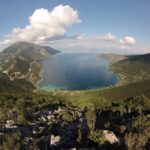