Excavations conducted by the Archaeological Society led by archeology professor k.Saranti Symeonoglou since 1984. In a letter from 2001 to the Ministry of

Culture, the Directorate of Prehistoric and Classical Antiquities, Mr. Symeonoglou states: Research in Eagle is transitional period from 1995 when the first phase of qualifying was completed excavations. Besides numerous trenches and surveys, our team used various means of subsoil research and high-precision aerial. After my suggestion to the Ministry of Culture, an area of 2000 hectares was declared an archaeological site in 1994. Then carry out intensive efforts to finance systematic excavations, which epitefchtike 1998. Since then deal with the research of the Cave of the Nymphs and theme the expropriation of the site of the ancient city

The data collected from 1984 to 1995 clearly show that the position called today Piso Aetos was an important settlement area of about 400 acres. This space includes 1). the main town which occupies the saddle formed between the mount Petaleiko N Ithaca Aetos hill, is that the neck of the isthmus connecting the northern to the southern part of the island. 2). the citadel is the hill of Aetos and 3). the main cemetery extends northeast of the city. I will try to explain the importance of the settlement with the information I shall here briefly. If in doubt, that we are in ancient Ithaca comes from archaeological and characteristics (such as finding 19 rare local circulation coins which represent Odysseus) and that our archaeological site connected to the Municipality of ancient Ithaca leaves the resolution of 207 BC municipality found in on the Meander Magnesia indicating rare Praflos name (O.Kern, Die Inschriften von Magnesia, Berlin 1900, ap.35 sel.25-26) headstone of Priest Praflou the same time and probably the same person found to our excavations of 1990.
Habitation begins around 1400 BC and lasts without interruption until the 1st century BC when the city was transferred to the Deep. As early as the first century of use has been limited to the flat saddle of a large and important building which has been revealed by one-third. It Cyclopean construction edifice resembling in plan with vaulted tomb outside of the road and the dome form a single space. The building was initially immersed 5m.kai dome protruded from the surface during 8m.peripou. It is rather standard water supply project was used for one millennium. If Homer has a historical basis, the building must be identified with the tykti fountain. This building became a center of religious worship. At least three other buildings were added during the dark ages when the entire flat area of the saddle was a large sanctuary. The British School dug in 1930 to N of tyktis fountain with many interesting discoveries found in Vathi Museum. It is very likely that Homer refers to the sanctuary as shady grove of Apollo. Second Mycenaean building was 30 meters pp. D to sanctuary. Unfortunately due to very bad conservation interpretation remains enigmatic. But it seems that this building was used continuously and the last phase was a sanctuary. Here I should explain that the island suffered a lot of great destruction in known earthquake in 373 BC We have already found that many public and well built buildings that should have been maintained even as ruins or standing up today, collapsed to the lower layers of the foundation. In this case the second Mycenaean building, missing not only the building by 90% and almost the entire slope flattened hill where he had erected.
Even more dramatic is the destruction of the Cave of the Nymphs where stalactites million years fell and filled space 20m depth. about. In this disaster attribute that so archaeologists who passed through the island over two hundred years now been unable to identify either a particular architectural element of the settlement. I have and I faced huge excavation and interpretation difficulties due mainly to the same disaster. Despite all the difficulties, we have already identified two temples Protogeometric time, a geometric, an archaic, two classical and Hellenistic one. From public buildings, except the two Mycenaean, are currently an archaic two classical and Hellenistic one. Plenty of buildings is also on the hill of the Eagle where we have identified three successive walls, three towers, four tanks, two roads and many houses. All these classical and Hellenistic periods. This hill corresponds to ancient Alalkomenes while the main city-like proves the Magnesia resolution maintained the name Ithaca. Aerial photos we did in 1986, we have identified the oldest cemetery in the city. My suspicion that some circles shown clearly belong to graves, largely confirmed by subsoil survey conducted in 1999. I am sure that the great tombs collapsed during the great disaster, but in terms of findings remain as it was in 373 BC .
The same beliefs and the Cave of the Nymphs. These data have been published in more detail in work and Proceedings and presented in more detail in forthcoming projects. An introductory volume of Ithaca topic now brew. Another Volume on the ceramics and the great temple of the city filled by Nancy Symeonoglou a doctoral thesis. A general volume qualifying excavations care of our archaeologist Alice Samara. The publication of the Cave of the Nymphs will be prepared immediately after the completion of investigations. On the basis of these data suggest that the release of 250 hectares of the ancient city and the immediate start of systematic excavations with the objective to create a new archaeological site in a short time. Project funding is undertaken entirely by the institution The Packard Humanities Institute, which conducts the philhellene and archaeologist Dr.David Packard (Ph.D., Harvard 1974, on the Linear A). More specifically, I will submit to the F Ephorate of Prehistoric and Classical Antiquities topographic map and a list of 208 properties to be acquired for the benefit of the Greek government to preserve only of me and of the Archaeological Society of excavation rights and scientific study findings . This first contact with the Ministry of Culture will follow others that will be prepared by legal advisors in collaboration with local actors and F Ephorate. Already, however, the need and propose that the Ministry of Culture committed to the archaeological site of any kind ekskafiki and construction work even outside the region under expropriation even for five years. The resolution of ancient Ithaca municipality found in Greece indicated the existence of events and thus the possibility of the existence of the theater, stadium and other facilities still need to identify “The Director of Sarantis Symeonoglou excavation.
Source: www.ithacanews.gr 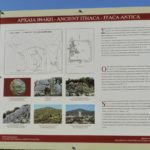 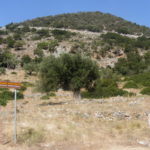